Don’t tell anyone I am reading a blog by some dude crushing on his penis.

I don’t want penises anywhere near my body. But if you wanna write about your man parts or just get naked…

Now, hold all of my phone calls, Imaginary Secretary – and pass the popcorn.

“First let me say that based on many factors the penis has to be the number 1 loved sexual organ,” author dude said, in the The Penis Complex.

The real problem is my honey-it-happens-to-everyone face sucks ass. It kinda looks like I swallowed a stink bug. 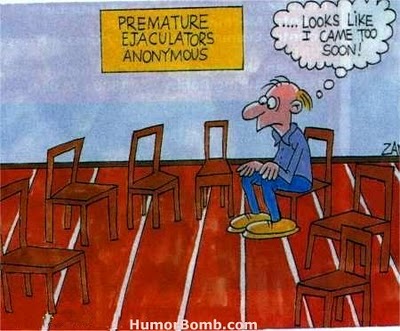 Not to worry. I have a back up plan…

The next time I have sex [and by that, I mean never] at the very hint of premature ejaculation, I will pretend-faint.

This will serve two purposes:

a) it re-aligns all attention back to me , and

b) it engenders empathy for me at a very stressful time in my life.

“Women love to play with it, even when it isn’t aroused,” author dude says.

Don’t get me wrong, if I had a penis I would vecro my hand to it.

I can barely make it through the day without touching myself now. And I am pretty sure my G-spot is buried in a vault somewhere in the Sahara Desert.

So having  the full complement of my sex organ outside of my body? Simply amazeballs.

That said, everyone [and by that, I mean me and my cats] knows that the only penis that turns me on is connected to a man who fixes shit in my house. 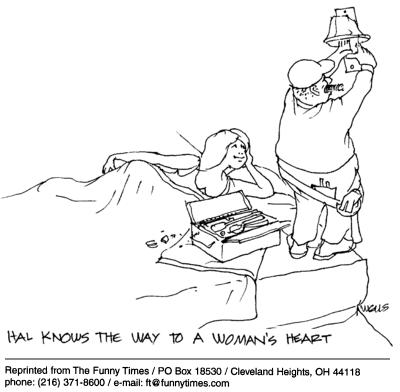 Just for the record, it took me 3 paragraphs to figure out the entire blog was a joke or penis um… satire. Who knew that was a thing?

Anyway, thanks for the penis blog, writer dude. It made pretend-working fun.

Personally, I keep all of my penises in my night stand. I seem to find them more interesting when they are not attached to people.

Oh, before I forget…

I found another blog while pretend-working that lead me to WordPress’ Reader’s Choice. I want to try to pay-it-forward to writers who inspire me every day – so I am nominating blogs to be published in Reader’s Choice.

Hopefully, it will drive traffic to blogs I adore.

My first nomination is…

Like I told her, she is kitten-on-crack-hilarious! That’s all.

There are no hurdles to jump through if you are nominated. Just sit back and wait for the paparazzi, bay-beeee

Again, do nothing. Zero.

Having more work to do sucks ass.

Much like this fucking money pit I live in.

I like the sitting room overlooking the garden, my garden, my bedroom, my neighbors, putting up Christmas lights, and the general cuteness of my home.

I am entirely too lazy to do homeowner shit all the time. 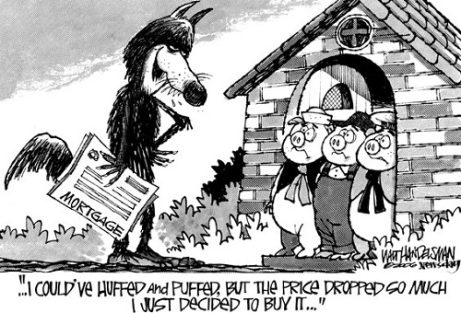 It all started in the last blog, when not frakking cleaning the gutters led to water leaking into my house and destroying my dining room floors.

And then, my brain just escalated the situation to Defcon 1 in a millisecond.

I was completely obsessed with getting rid of this house night and day.

One day, I woke up and looked around my newly-emptied living room. And I thought – I love this. This empty room.

I have waited my whole life for a brand new bathroom. My ass will be the first ass to sit on my new toilet.

That little bastard was nine.

And he always had this creepy little smile on his face like only he knew where the bodies were buried.

After having a 18-month fuckfest with a British guitar busker named Alex, from Walthamstow, UK – I moved back to New Jersey.

Now, that was a penis that deserved some friggin’ respect!

I mean I was considering giving up my passport for this British bucking bronco. He was probably the only person I’ve met with zero body fat. He was just muscle and dick and energy to spare.

Anyway, I was broke when I moved back to the States.

I rented a room in a Victorian home owned by an retired woman. Her 33-year-old daughter lived in the attic. And her 9-year-old grandson, FutureFelon,  and I shared the second floor.

He was on one end of the floor – and I was on the other.

It was a quiet, clean, and safe home. And I never really saw anyone because I worked the night shift at UPS. 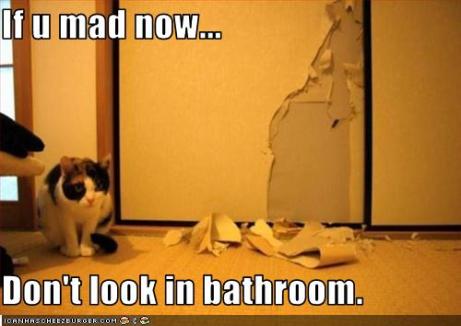 One morning, I walked into our [me and the kid’s] bathroom.

And there were white underwear filled with shit in the middle of the floor.

9 AM… And the little fucker was probably tormenting his teacher at school. Damn.

The absolute last conversation I wanted to have in my early twenties was: “Hey there, are you aware that your son shits in his pants?”

I took a broom. Lifted the the shit-filled undies with tip of the broom’s handle. Daintily carried them back to his room. Opened the door.

And flung those suckers threw the door like I was flinging a frisbee.

And I closed the door.

Day after day, I flung that shit.

I just thought the little brat would take ’em and toss ’em. Or wash them. [Hello?]

I guess I could of ended this shit-slinging-battle by leaving his poor mom a note.

About a week after The Flinging Incidents started, I came home – and there were actually people.

The little brat’s mom was screaming her head off. [Great. Now, I have to pretend-care. And the real problem is my honey-it-happens-to-everyone face sucks ass.]

She regaled me with this tale of how she went into FutureFelon’s room and found shitty underwear everywhere.

[I know. Right?! If you think that little brat is cray cray, you should meet the wanker down the hall?]

I never smelled anything. But it must have been pretty bad. She was having a atomic-sized fit.

All of the kid’s furniture was in the hallway. His mom was making him clean his whole room with Pine Sol.

[Sure. He’s gonna try to kill me in my sleep. But I win. Checkmate! Uno! Yahtzee! I win! You little bastard.]

Two days later, he shit in my shower cap and left it in the tub.

Thanks for reading. Cheers.

338 thoughts on “The Only Penis That Turns Me On”