I don’t understand people who brag about working all day at work.

And at lunchtime, I am at Target looking for gardening stuff or hair products.

Working 8 hours a day is tiresome.

I have a short attention span – and I just don’t want to. [I mean when will I blog or chat or water my plants. I need time to do this, people!]

So I try to work strategically. Not consistently.

And certainly not more than is necessary [at least at work. Because really who cares about that nonsense?]

I call it strategically-giving-a-shit, which was really productive for me in 2012.

And because my sociopath mama didn’t raise a fool, I plan to continue doing crap that worked in 2012 next year .

Here were the 2 things that were most effective.

1) Stop Talking to Assholes – All Of Them

Because it takes entirely too much time to maintain these faux-lationships. And I wanted – needed – to do less. Not figure out 50 bazillion coping mechanisms to get along with people I can’t stand.

But dumping them was not always easy.

Not because I missed talking to them. Because assholes generate great stories, especially at work.

Once WitchClaw was eating homemade soup with another executive. They talked about every ingredient like it was sacred.

Perfect. It was the perfect soup. But…

Hm… Where on earth do people get crackers?

How about the magic cafeteria or vending machine? [I hear fairies come every night and leave assorted carbs for the muggles.]

How about the 15 million stores that surround our workplace?

WitchClaw confidently sauntered down a very long hallway where there was a donation box for an after-school program for underprivileged kids. She grabbed a box of crackers and went back to her office.

Where she ate her perfect soup with her free crackers.

Now, you know – like I know – the angry villagers wait for the day they don’t actually have to make up the office gossip to spread.

Because the truth is just so fucking awesome.

Within hours, people were calling from offices across the country to talk about the witch who stole food from children.

WitchClaw was livid. “You people have no lives,” she bellowed so the villagers could hear her wrath.

When my friend, Chloe, returned from vacation, she marched into the WitchClaw’s office and demanded the boxed carbs be returned to her charity box by the end of the week.

Because stupidity is not only for reality TV, WitchClaw denied stealing the crackers. And she stuck to her story.

But after weeks of public shaming from other executives, WitchClaw eventually returned the crackers and tripled all of the food donations as well.

Yes, stories and people like this are a writer’s wet dream. Yes, I dream of you. Wet panties and all.

Do you see the sacrifice I am making?

I don’t actually want to talk to any of these idiots. I just wanted to listen and watch their idiot stories.

But after a while it becomes depressing  because…

Not socializing with 98% of the annoying people in my life also got rid of 98% of the nonsense.

That was so good for my stress level – and my skin [it’s totally like a baby’s bottom now – without the poo, of course.]

2) Stop Apologizing For Who I Am

Yes, I am introvert. I had to admit that to myself. And it was great.

It was bad enough that lots of people just think being an introvert means being shy or standoffish blah blah.

But I had to know what it meant to me.

For me, it means being selectively social. I just don’t need to be around people all of the time. That’s all.

I’ve already written about it, but that’s the gist of it.

That said, there is something about the confidence that comes with owning all of your jiggly bits.

There is something about “no”-question-mark that is translated differently than “no”-period. The first one continues the conversation, but the second one ends it.

Like when I tell my cats to get off the kitchen counter.

They understand me. They just don’t give a shit.

Except now, I am my cat.

I guess now that I have said “I am my cat” – I should officially hermetically seal my vagina so nothing can enter. [I mean who says shit like that?! People who will never have sex again. That’s who, dammit.]

But 2012 was kind of awesomely awesome. Here is the lowdown on the rest of it…

My major goal for next year is publishing my first book. So wish me luck – or the attention span to finish it.

And maybe, that my cat doesn’t suffocate me while I am sleeping.

The feline bowling ball is trying to sit on my laptop now.

And it’s usually when I am typing. 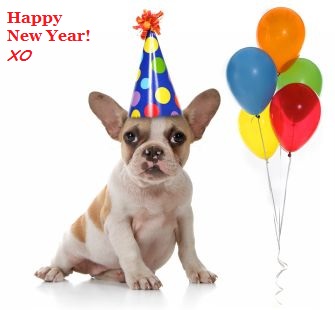